Will you join us the evening of February 5th and support the work of the Compass Center? 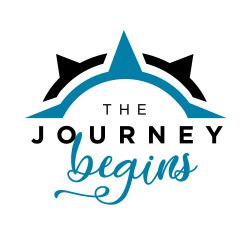 Wow.. I find it hard to believe that we’re up to the 10th annual It’s In The Bag! The event has changed over the years to keep it fresh. We’ve learned a bunch about event planning along the way, and I’m excited to be a part of The Journey Begins.

I hope you join me February 5 at the Sioux Falls Convention Center. We’re shaking things up again this year, introducing a live auction with premier auctioneer Jonathan Larsen. This year we celebrate the journey our survivors make. It often begins with a courageous first step through our doors. Thanks to YOU, we get to be by their side, offering free help when they need it the most.

History of IITB – for those who love history

The event started in 2010 as a purse auction with an audience made up of mostly women. Why women? Because at the time, domestic violence and sexual assault were still considered “women’s issues.” The event cost $10 to attend, and it was held at the Museum of Visual Materials.

In 2011 and 2012 the event moved to the Prairie Center on the Avera McKennan campus. The event remained largely a purse auction, but ticket prices went up to $20. Attendance was under 200.

In 2013 the event moved to Icon Lounge. It included a survivor’s story, purse auction, and a style/fashion show. Ticket sales moved up to 250 sold.

The event moved again in 2014, this time to the Sioux Falls Country Club. The silent auction began expanding beyond purses, more men joined us, and ticket sales went up to 330. The price also increased to $30 in advance / $40 at the door. The event included the raffle of a Salvatore Ferragamo bag, a survivor shared her story, and models walked the room, displaying designer clothing.

Beginning in 2015 the event made its final move to the Sioux Falls Convention Center, where it remains today. The program in 2015 included guest speaker U.S. Attorney Brendan Johnson, fashion show, silent auction, and the raffle of a Coach purse.

The format of the event changed in 2016 with the addition of a main speaker and the introduction of a tag line. 2016’s theme was “Stories of Survival” and featured Holly Hoffman, finalist on Survivor Nicaragua. Congresswoman Kristi Noem  spoke for a few minutes. This event marked the first use of text to give.

The theme in 2017 was “Heroes Among Us” and featured Sioux Fall Police Chief Matt Burns and domestic violence advocate Jenna Neth. We focused on our clients as the heroes of their stories, and we celebrated the other heroes who help them on their journey.

“The Power of One” was our theme in 2018; we talked about how just one person can make all the difference in a survivor’s life. Matthew Sandusky spoke about his life and experiences as a survivor of childhood sexual violence. We raffled a Burberry purse and raised $15,000 through text to give.

Thank you to everyone who supported It’s In The Bag over the years. You are amazing!